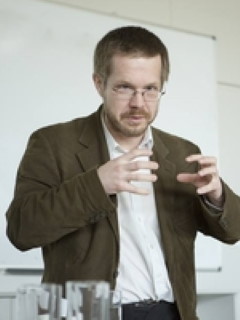 Senior researcher and head of the Department of Contemporary Continental Philosophy at the Institute of Philosophy at the Czech Academy of Sciences in Prague. Associate professor of philosophy at the Jan Evangelista Purkyne University in Usti nad Labem (CZ), Faculty of Philosophy. Vice-president of the Society for Phenomenology of Religious Experience (international, based in Berkeley, USA). Nitsche (1975) received his PhD in philosophy in 2007 from the Charles University Prague. In 2016 he was named an associate professor at the Charles University in Prague (habilitation). 2016/17 he worked as a Fulbright Visiting Researcher at the University of California, Los Angeles, Department of Political Science. His research focuses on phenomenology, phenomenological topology (Heidegger, Merleau-Ponty), philosophy of art, aesthetics, political philosophy, theory of media, phenomenology of religion. Nitsche formulated the "transitive-topological model of phenomenology" (see in his recent book Methodical Precedence of Intertwining. An Introduction to a Transitive - Topological Phenomenology, Königshausen u. Neumann, 2018). He also published Die Ortschaft des Seins. Martin Heideggers phänomenologische Topologie (2013), 3 other books in Czech, and more than 30 papers or chapters. He is the editor of a volume Image in Space. Contributions to a Topology of Images (in a phenomenological series Libri Nigri, Bautz Verlag, 2015).

Sonic environments as systems of places

A place of encounter with a divine

Thinking non-violence within the framework of phenomenological ontologies

in: Thinking in dialogue with humanities, Bucharest : Zeta Books